I like Batman. I don’t love him. This has confounded a lot of comic’s fans I have interacted with over the years. It seems like there are two camps, love and hate, with no room for any kind of ambivalence. I rarely go out of my way to read a bunch of Bat books, sure I have my favorites and I don’t think any of them would surprise people, except maybe with what I am reviewing. Batman Adventures. People dismiss this long running series mostly due to the fact that it was based on a cartoon. It doesn’t matter that most Bat-fans think the show is amazing and one of the best representations of the character, this book gets judged because it is “kiddy”. It’s an all ages book, but that doesn’t mean it’s a bad book, or a dumb book, it means everyone can enjoy it. And I think everyone should. I took a look at the final volume of the Batman Adventures line and it is fantastic. Not only is the art and visual storytelling fantastic, thanks largely to Rick Burchett and Ty Templeton, but the stories are a ton of fun, again with thanks to Ty Templeton and Dan Slott who split the writing.
Every issue in this series is split into two parts, a main story and a back up. The backups always have some tie to the main story and are usually just as good as the longer story that preceded it. Dan Slott and Ty Templeton take turns writing the main story and back ups, switching off for small arcs. Slott and Templeton obviously had a lot of this book planned out ahead of time, their stories play off one another and propel the plot forward. While each issue is a self contained adventure, there are subplots that follow though the entire series. The biggest being the Penguin becoming the mayor of Gotham City.
With the Penguin now in charge of the city Batman is public enemy number one. Batman not only has to deal with the threats of his rogues, but now has to dodge the cops who for the most part are after his head. But within this large subplot there are many other smaller stories that play out. Bat-rogues being targeted by assassins. The Black Mask trying to take over Gotham so Batman goes undercover as Matches Malone. The Joker trying to marry Harley Quinn because she is inheriting a fortune and plans to kill her after the wedding for the money. The Riddler, now reformed and on the cusp of becoming a millionaire because of his inventions still trying to duel wits with Batman. Plus a fantastic one shot with art by Dean Haspiel all about death traps. Every story builds off of one another and the pay off at the end, although rushed due to sudden impending cancellation, is well worth the ride it takes to get there.
One of my favorite things about the entire Adventures line are the guest appearances. In this volume alone there are some wonderful guest stars. The Phantasm makes a return and joins Black Mask’s gang. Also in the gang is Deadshot and Bronze Tiger, both of which were members of one of my favorite teams, the Suicide Squad. Eel O’Brian makes a few appearances helping out Matches Malone before his heroic transformation into Plastic man. Alec Holland makes a brief appearance, he’s working in the swamp with Poison Ivy before his transformation. And in one of the more irksome reveals in the series, the Red Hood is seen. The classic Red Hood, not the Jason Todd version. I say this is irksome because it is one of the plot threads that sadly never gets resolved. Phantasm becomes the leader of the False Face gang and takes orders from the Red Hood, but we never learn who he is under the mask, and the False Face gang just fades into the background. I’m going to have to ask Dan Slott at Supercon if he can reveal who was under the mask at the time.
This book is for Bat fans and non Bat fans alike. The series tells some incredibly fun stories and stays true to Batman’s roots. If you enjoyed the animated series these books are tailor made for you. Even if it wasn't and you just like Batman read these. If you aren't a Bat fan, I still think these are fun stories that anyone can enjoy. I would recommend the Deal Haspiel issue for non fans. These Adventure books are largely overlooked by most comic fans. I would encourage any fans of the DC characters that filled out the line to read these books. The Superman, Justice League and Justice League Unlimited books were all very well put together superhero books. 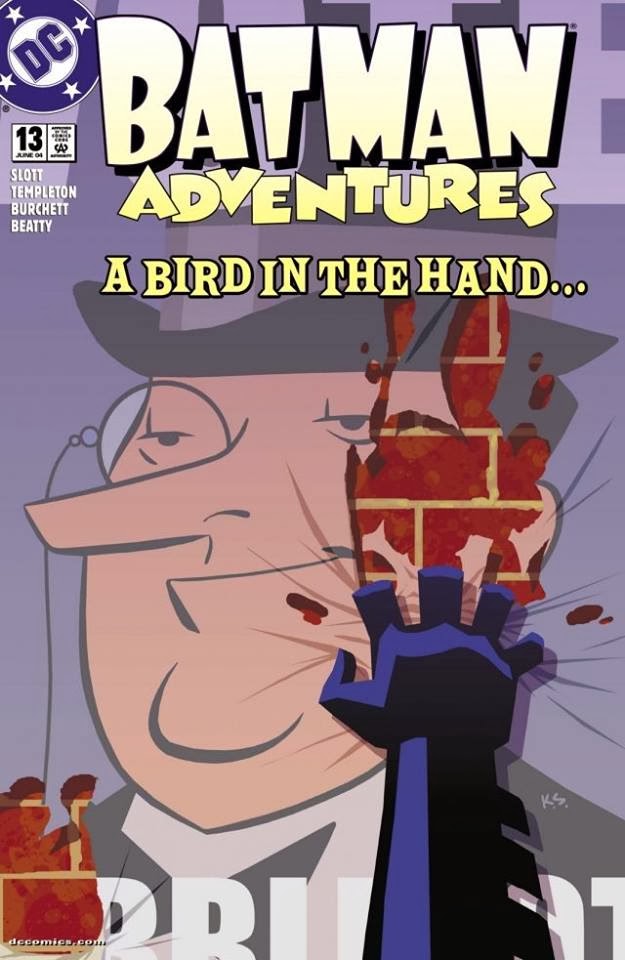